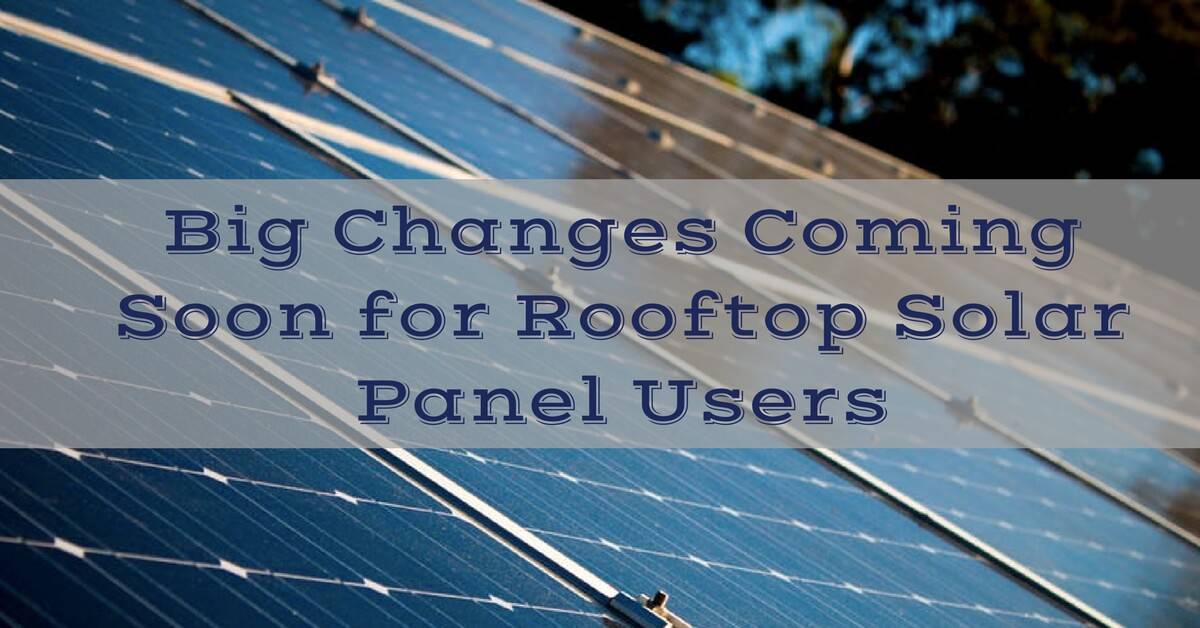 CC Sunscreens has been in the business of helping Arizonans live more comfortably since 1992. We are proud to be a family-run, locally-owned business. All of our employees are committed to honesty, service, and integrity to our neighbors here in the Valley of the Sun. We serve the entire Phoenix metropolitan area and beyond from Queencreek, Sun City, Buckeye, to Cave Creek and all the surrounding areas.

About a year ago, the Arizona Public Service (APS) filed a case with the Arizona Corporation Commission (ACC) that will have a big impact on future rooftop solar panel owners. A big outcome of the case came in December when the ACC voted to end the current Net Metering system (NEM) that APS had previously been using with their customers who use solar energy.

What was the old system?


Before this vote, APS customers who owned solar panels were able to sell the energy created by their solar panels back to APS for the same retail rate the company sells their energy to it’s customers. Translation: massive savings for solar panel owners.

The ACC has approved ending the system currently in place but a decision on a replacement plan has not yet been finalized. APS has proposed that their customers who use solar energy be paid the wholesale rate for the solar energy they create rather than the retail rate. APS is currently still awaiting a final decision to approve or deny this new rate structure for solar customers.

What does this vote mean for me?


If you have already filed an application for rooftop solar panels with APS or are a current APS customer with solar panels – you’re in the clear.

Those who have filed their applications before the new rates go into effect will be grandfathered into the current system, and will be able to sell their energy back to APS for the retail energy price. If you’re on the fence about solar panels or have been simply “putting it off” for one reason or another, now might be the perfect opportunity to take advantage of huge savings for the next 20 years. This might be why APS has seen such a huge spike in solar applications! Last month alone, APS received 4,726 new solar applications. This number is astronomical compared to the 2016 monthly average of 1,640 applications per month or the 2015 monthly average of 1,175.

Although the exact date on the rate change has not yet been finalized, spectators are estimating that the change will occur this month, as it marks about one year since the initial case was filed with ACC. Once the new system takes effect, the likelihood that it will return to the current rate is slim-to-none. To read more about the decision please visit here.

Wait. Is this about solar panels or solar screens?

Although we deal with solar screens at CC Sunscreens, this particular case is one that deals specifically with rooftop solar panels. Rooftop solar panels are different to solar screen in that they are installed on top of a residential home and generate solar energy. This energy is then used to power the home so the homeowners do not need to purchase or use as much non-renewable energy to power their home. Unlike solar panels, solar screens are installed on the outside of the home’s windows and rather than generate energy, they simply block the sun’s UV rays from touching the windows and therefore heating the home, thusly reducing the amount of energy needed to cool the house.

Although fundamentally different instruments, both solar panels and solar screens are in the business of saving consumers’ money, and minimizing residential carbon footprints.

Solar panels are just not an option for me right now. What can I do?

Solar panels are a very large financial investment that requires the time and energy to submit an application with your energy company and potentially your homeowner’s association or city. Solar panels can also drastically change the visual look of your home. Although wonderful, solar panels may not be a possibility for you and your family at this time, for one reason or another. Don’t worry! Solar panels will always be available and a good investment – especially in Arizona where rays are so abundant! Even if the rates drop to wholesale prices as APS is requesting, selling at wholesale prices will still mean large savings for solar customers.

Solar screens are a great alternative for those looking to reduce their carbon footprint, protect their family and reduce their energy bill – without the hassles and financial pressures that come with rooftop solar panels. Solar screens are significantly less costly than solar panels and do not require applications or approvals. Simply schedule your free in-home consultation with one of our friendly CC Sunscreens specialists today to see how solar screens could meet your specific needs. We look forward to speaking with you soon!