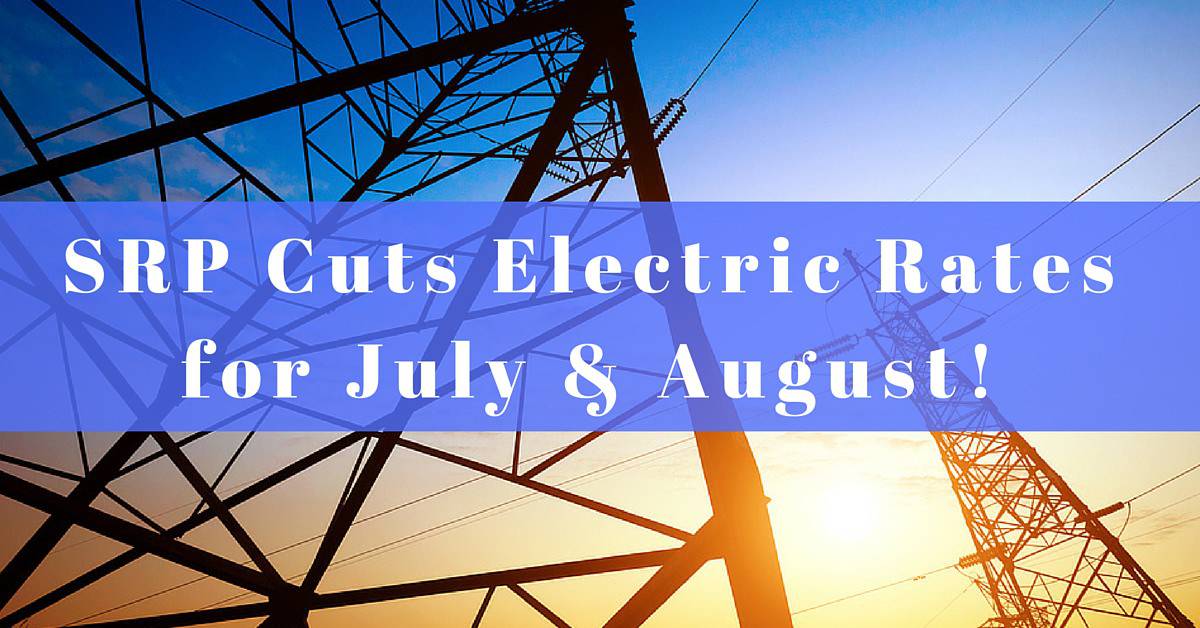 Exciting news for all Salt River Project (SRP) customers – your bill in July and August will be 3.7% lower. The decision was unanimously voted in during a June 23rd meeting of the board of directors. The board agreed to cut residential energy costs to consumers by 3.7% for the July and August cycles. This is expected to save Arizona residents an average of $15 this summer. In all, the company will be returning $27 million dollars back to customers over the next two months.

How Was the Decision Made?

The savings will be passed onto consumers for two reasons: lower fuel costs and meeting renewable energy targets while remaining under-budget. Nationwide, natural gas has been extremely inexpensive due to increased fracking. This swelled supply on the market has sparked the lower price point. According to Aiden McScheffrey, associate general manager and chief financial executive, the company has saved money by using more natural gas plants instead of some of its coal units. “It was the lowest cost way to provide power to our customers”, he stated.

SRP has also met its sustainability goals at a cost lower than originally predicted. The company was able to utilize more renewal energy by transferring some of the geothermal power it gets from the Imperial Valley of California, while also remaining under-budget. To add to the savings, utility demand and company cost were also lower than expected, thus increasing the savings. SRP has a goal to meet 20% of its energy demand with renewable sources by 2020. General Manager Mark Bonsall expects to meet that goal, and hopes to do so while also saving money and passing those savings along to consumers. “I think customers will appreciate it” he said.

Historically, July and August are by far the most expensive months in terms of energy costs for Arizonians – not surprisingly, in-part due to increased air conditioning usage. They are also considered “peak summer” months, and customers are charged a higher rate. The board decided to give customers some relief during this two-month period of higher costs. These savings come at a great time, when the average energy bill in North Scottsdale in July and August is a whopping $450. Remember, the price reduction is only temporary, come September, rates will return to normal.

While two months of an automatic reduction of 3.7% is fantastic, what if you could save money on your electric bill each and every month, regardless of company policies? SRP estimates that window sunscreens save consumers an average of 25% per month. That’s a monthly savings of almost 7 times that of SRPs temporary savings – each and every month. For the aforementioned average Scottsdale resident paying $450 per month on electricity, the savings would be $112, per month for those two months. Slightly more than the $7.60 per month predicted through SRP based on the cost reduction. Want more information on the benefits of protective sunscreens for your home?

Call today to schedule your no obligation FREE home visit where one of our experts will measure your windows, answer all of your questions and give you a quote. Hurry, and maybe you can save even more than 3.7% this summer!

To learn more about sunscreens, contact us at CC Sunscreens!