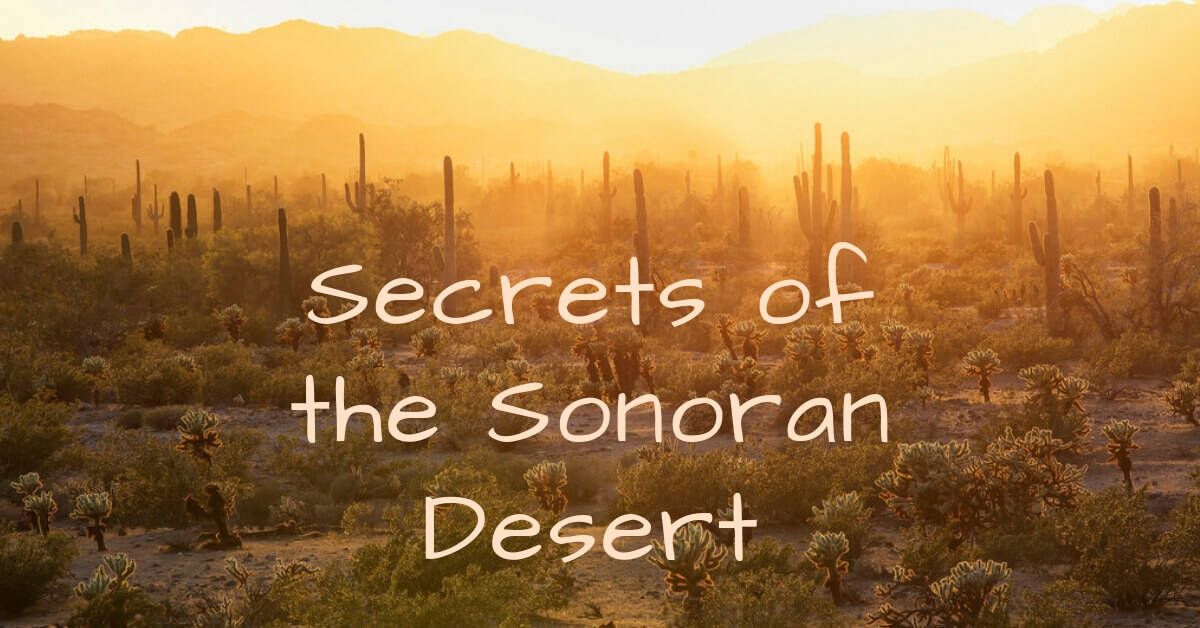 If you live in the Sonoran Desert, you know it’s full of surprises. From the desert’s colorful history to its astounding ecosystem, there’s a lifetime of exploration to be done.

Tucked between Phoenix and Tucson lies an amazing experiment in ecosystem development and sustainability. Housed in a palace of greenhouses and futuristic architecture Biosphere 2 rests in the little town of Oracle, AZ. The Biosphere 2 is currently owned by the University of Arizona and conducts tours and special programs. The greenhouses still support seven different model ecosystems being tested on a large scale. A hub for sustainability and environmental research, Biosphere 2 was started as a project by artists interested in ecosystem interactions.

The Sonoran Desert is full of unexpected flora and fauna. One of the biggest surprises for people new to the desert is the unexpected appearance of the boojum tree. Boojum trees are members of the ocotillo family that look like they’ve been designed for a Tim Burton movie.

The boojum tree got its name from an appropriately whimsical source, the Lewis Carroll poem “The Hunting of the Snark” where nonsensical creatures are hunted by a hapless party of men. In the poem the Boojum is described as a terrifying and mysterious creature that spirits off whoever encounters it.

“But if ever I meet with a Boojum, that day,

I shall softly and suddenly vanish away—

And the notion I cannot endure!”

In the early twentieth century, a botanist travelling in the Sonoran Desert, Godfrey Sykes, encountered the strange towering form of this desert tree and declared that it was “Certainly a Boojum” endowing it with a name straight out of a delirious fantasy.

One of the Sonoran Desert’s most mysterious sites is surprisingly urban. Tovrea Castle “hides out” in the heart of the metropolitan Phoenix area, built amidst acres of preserved desert. The odd and fortress-like structure has inspired legend and rumor since its construction nearly a century ago.

Tovrea looks like a sandcastle or a cake and is surrounded by impeccable cactus gardens. It is open for tours – but tickets sell out months in advance continuing the intriguing aura of mystery around the weird building. Now owned by the City of Phoenix, Tovrea Castle boasts a colorful history of Western fortunes gained and lost through the turbulence of the Great Depression.

Those who live in the desert will recognize the coyote melon. A member of the gourd family, coyote melons flourish in Sonoran Desert washes and grow lushly even under harsh heat. These plants produce spherical “melons” slightly larger than tennis balls.

While the hapless traveler may consider the coyote melon a potential food source, the squash is incredibly bitter and inedible. The gourd may even have a poisonous effect on humans and animals if eaten. Wild coyote gourds have a potential side effect on desert gardeners. Coyote melon flowers easily cross-pollinate with other members of the squash family. If pollinating insects like bees visit a coyote melon before visiting your garden the result could turn your anticipated squash crop unfortunately bitter.

When people think of canals, most likely visions of Venice or Amsterdam spring to mind, but by sheer mileage, the canals of Phoenix dwarf both cities in comparison. Phoenix is built around a sprawling canal system, over 180 miles of water pathways while Amsterdam is home to just 60 miles of canal way and Venice has only 26 miles of canals.

The irrigation of the Salt River Valley began with the Hohokam people, who dug canals to support their society and agriculture. Prior to the disappearance of the Hohokam around 1450 AD, their settlement in the area was home to around 50,000 people.

Phoenix’s canals aren’t known for being particularly picturesque which might contribute their relative secrecy, but all that might be changing. City projects are in the works to enliven and beautify the unexpected waterways of the city.

You know what isn’t a secret in the Sonoran Desert? Custom sunscreens from CC Sunscreens can keep your home cool and your energy bills low. Sunscreens offer great protection from the heat and are custom designed to fit perfectly into your home’s style. Unlike air conditioners or evaporative coolers, sunscreens don’t contribute to your energy consumption – they simply and effectively keep your home comfortable year-round even in the Sonoran Desert’s extreme climate. Are you ready for a great option for desert living? Contact us at CC Sunscreens today!