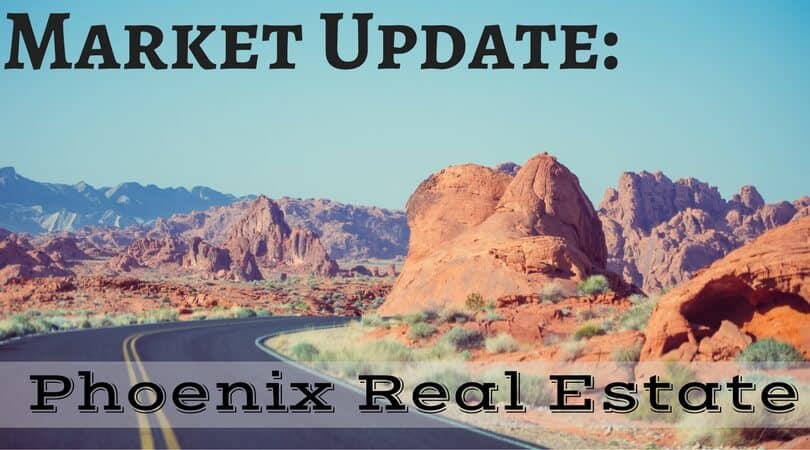 Positive Trends for the First Half of 2016

While housing markets are “on the up” for many cities in the United States, markets in our very own Valley of the Sun are exceeding national averages in almost every facet of the market. Now is an especially exciting time for first-time and seasoned homebuyers alike. Whether looking to upsize, downsize, purchase a winter home or a rental property for additional income – now is the time for Phoenicians.

One of the most important reasons the Phoenix home market is so enticing, is the massive home equity gains that occur here. Home equity can be defined as “the value of ownership built up in a home or property that represents the current market value of the house less any remaining mortgage payments” (Investopia.com).

Many factors contributed to this increase in equity gains, including a booming Phoenix economy. The current unemployment rate in Phoenix is only 4.5%, which is down 0.8% from last year and 0.5% lower than the national average. Both the job growth rate and Arizona’s economy are currently growing faster than the same factors nationwide.

To add to the growing economy, home affordability is also a factor in Phoenix. Despite increasing home prices, the ratio of income paid compared to monthly mortgage payments is 11.6% in quarter 1 of 2016, compared to the national average of 14.5%. The affordability index for Phoenix has also dropped about 2%, from the 13.3% it was at during quarter 1 of 2015. To read more on these statistics, click here.

Upgrades for an Even Better Return on Investment

Last year, the National Association of Realtors’ research department released a “2015 Remodeling Impact Report”. This report outlines and compares multiple renovation projects on three factors. These factors include: the cost of the project, the “joy report” – meaning the happiness level that homeowners reported the completed project had brought them, and the return on investment upon escrow.

According to this study, new vinyl windows (like the ones installed by CC Sunscreens) were the 5th best project when looking at the three factors combined. The study found that new vinyl windows bring a “joy report” of 9.4 out of 10, and a return on investment of 80%.

CC Sunscreens is an extremely reputable company in Arizona, with over 20 year of experience in the business of installing home solar screens, patio shades, and anti golf ball screens. We are industry leaders in providing our customers with the highest quality materials, combined with professional and prompt service.

Don’t take it from us. We have rave reviews from customers on Yelp, Angie’s List and an A+ rating with BBB. We also offer a free, in-home, no-obligation consultations and quotes to help you make the best decision for your home, needs, family and budget. Feel free to shop around. We’re so confident our prices are the best in the valley; we’ll discount any competitor’s offer by 5%.