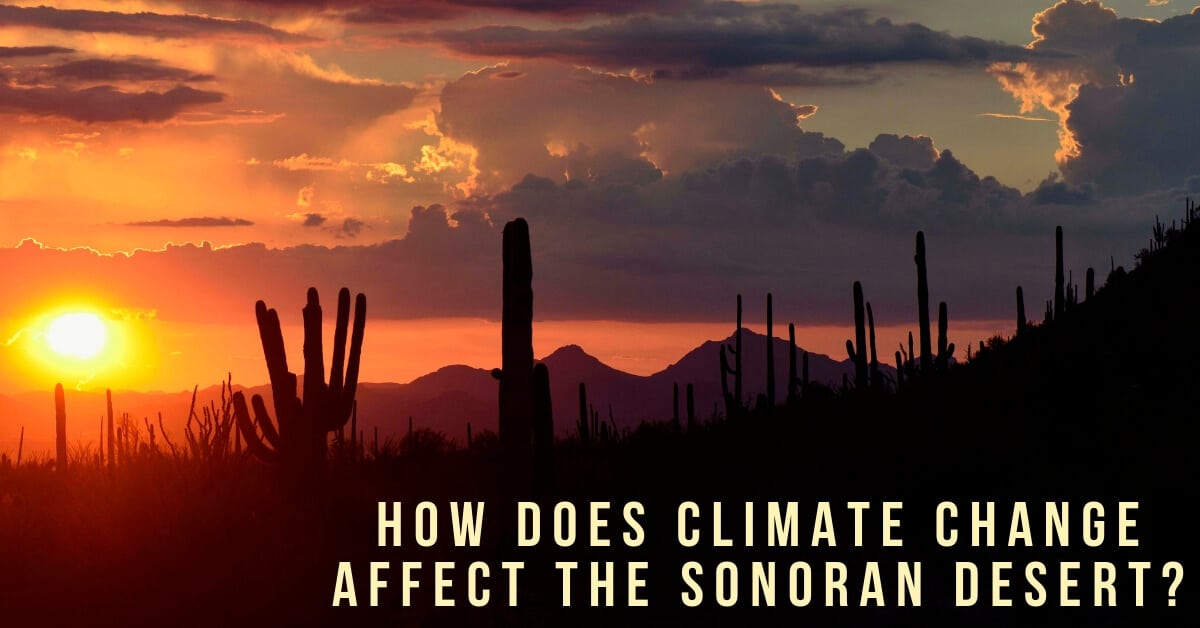 Here in the Sonoran Desert, we’re used to extremes of hot and dry weather. Sometimes, this can make the reality of climate change seem abstract and hard to see, but rising global temperatures are setting into motion a cascade of drastic changes to ecosystems and weather patterns. From the severe polar vortex winter storms striking the Midwest to the widespread death of ocean coral, the effects of climate change are both dramatic and specific to where you live. Researchers and scientists are gathering more and more data on how things are changing right in our own backyard. Here are a few effects, large and small, of climate change in our own Sonoran Desert.

Birding is not just a relaxing and fascinating hobby. Monitoring an area’s bird life can tell us much about what is shifting in the environment. In the case of our desert lands, our location and mild winters put us at an interesting zone where we see extended ranges for both tropical and temperate birds.

In recent years, bird habitats have been shifting into new areas. Tropical bird species which at one time only visited Southeastern Arizona now frequently come into Central Arizona, extending as far north as the river habitats of Montezuma Castle National Monument.

While Arizona’s Sonoran Desert boasts an impressive range of native species specifically adapted to our arid climate, the desert’s extremes aren’t enough to deter many non-native species from becoming invasive. Changes to the climate have allowed invasive exotic plants to gain a foothold in the ecology of the Sonoran Desert. Invasive species can cause havoc on the ecology of a region, pushing out native flora and fauna, depleting soil and water resources and fracturing already fragile ecosystems.

Another significant concern is that invasive plants often increase the risk of wildfires and uncontrolled burning. Invasive species often thrive in Arizona’s Winter and Spring and then dry to a crisp during the Summer’s heat, providing copious fuel for fire. While native plants have adapted for centuries to endure the extremes of heat, invasive species often operate on a more dangerous “boom and bust” cycle and subsequently wildfires have steadily increased in the region.

One unusual change that is shaped by climate shift and human-created environmental factors is that entire plant habitats are beginning to shift. With warmer temperatures occurring, shallow-rooted shrubs and plants are encroaching on land that was once more aptly populated by deep-rooted trees such as mesquites. An abundance of shrubs makes it harder for trees to become established and also reflects the less predictable rainfall patterns occurring with climate change.

The shift in climate is also causing the receding of high-altitude pine forests. High-altitude areas have seen a shift in precipitation with snowfall being replaced with rainfall and snow melting earlier. These shifts leave established trees without the water supply they are accustomed to and vulnerable to disease. As ecosystems slowly migrate, the coolest areas have nowhere to shift to and eventually recede.

With raising temperatures and changing precipitation, the precious water in the desert is under threat. Surface water, such as streams, washes and tinajas, can see extensive evaporative effects alongside increasing heat and declining tree populations. A deeper related problem is the groundwater that is kept below the Earth’s surface. Human endeavors in Arizona have put various strains on the store of groundwater, with agricultural irrigation and urban development pulling from this limited supply.

Groundwater is naturally replenished gradually from rainfall and water seeping into the Earth, but with dramatic and prolonged periods of drought the Sonoran Desert now faces, the groundwater supply often operates in the red, with far more being extracted than replenished. Of further concern is industry and development increasing the amount of pollutants present in groundwater supplies.

One way to address climate change is to adapt to more sustainable solutions in your daily life. Often these practices have the added bonus of saving you money. A case in point: CC Sunscreens offers stylish, durable sunscreens that help keep your home comfortable year-round, blocking excess sunlight and lowering your energy expenses. Want to learn more? Give us a call today and see what custom sunscreens can do for your home!