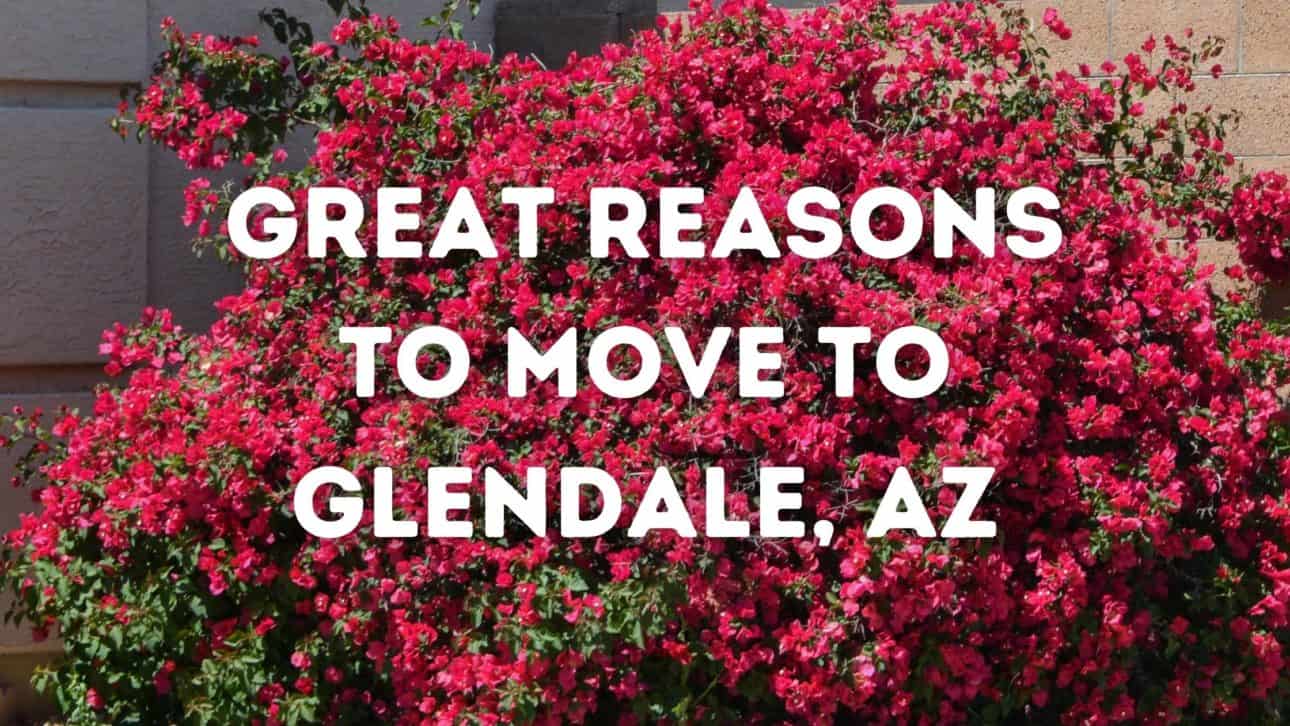 With all the at-home time we’ve spent in the past year, we know many people who have had to reassess what they need in a home, and in a community – and many are finding the home of their dreams in beautiful Glendale, AZ. Glendale boasts a surprising range of amenities and an impressively low cost of living, making it great for cost-smart consumers. Surrounded by the natural beauty of the Sonoran Desert, Glendale maintains a laid-back vibe while being a stone’s throw from accessible desert wilderness. On the opposite end of the spectrum, Glendale allows you to get in on the culture and urban activity of nearby Phoenix.

Just 20 minutes from downtown Phoenix, Glendale is one of Arizona’s four largest cities, but still holds onto the charm of a close-knit community. With a population of 300,000, Glendale proudly highlights its history while looking into the future. For those wishing to get the most for their money, Glendale offers affordable real estate and a cost of living that is around 8% below the national average.

Known as a hotspot for Southwest antiques, Glendale features a lively and very walkable historic downtown district. The Promenade at Palmiere anchors downtown with the Glendale Visitor’s Center, and nearby is fantastic shopping and dining in the Old Towne and Catlin Court neighborhoods.

A Legacy of Sports Excellence

You may be surprised to learn that Glendale is a sports mecca – in particular for the NFL. While the city itself doesn’t have any national sports franchises, Glendale plays a big role come football season. The groundbreaking University of Phoenix Stadium features a real grass playing field that rolls in and out of the stadium structure to grow in the Arizona sunshine- an architectural first. The stadium hosts the Arizona Cardinals for home games. During the past unprecedented season, the stadium even became a temporary home for the San Francisco 49ers to facilitate pandemic safety concerns.

The University of Phoenix Stadium has even been the site of the championship Super Bowl, for both Super Bowl XLIX in 2015 and Super Bowl XLII in 2008. The big game will return to Glendale in 2023 for Super Bowl LVII. In the meantime, you can find an avid sports culture in Glendale and plenty of sports bars for  optimal fandom.

The desert climate of Glendale means nearly every day of the year is blessed with clear skies and sunshine. While summer heat in Glendale can regularly rise above 100°F, the rest of our seasons are beautiful and mild, making it an ideal spot for snowbirds. Glendale records on average 294 sunny days per year, zero inches of snowfall and around 30 rainy days. Even at its coldest, temperatures in Glendale seldom drop below freezing, with the winter low temperature averaging to around 44°F.

All that mild weather means there is plenty to do outdoors in Glendale, from all-year outdoor dining, to facilities for pets and sports, to outdoor family events. The many hiking and running trails in the city, as well as copious neighborhood parks and surrounding desert regions make the outdoors a part of everyday life.

The Flora of the Desert

Glendale is also rich in resources for experiencing and learning about its desert setting. The city’s main library is surrounded by the award-winning Xeriscape Botanical Garden which boasts over 1,000 specimens of desert native and low-water plant life that thrive in the arid climate.

Built around the theme of sensory experience, the Elsie McCarthy Sensory Garden is designed to introduce visitors to its plants through touch, smell, sight and sound. The Sensory Garden includes many species of desert natives as well as adapted non-natives. The floral and sculptural elements of the garden are especially designed to be accessible to those with visual impairments and other disabilities.

The best part about moving Glendale? In our opinion, it is that you’ll be our new neighbors here at CC Sunscreens. We’ve built our Glendale-based business on understanding the specific needs of the area, allowing our local customers year-long energy savings. CC Sunscreens are durable, attractive and custom built to the needs of your home. New to Glendale? Give us a call and see what CC Sunscreens can do for you!