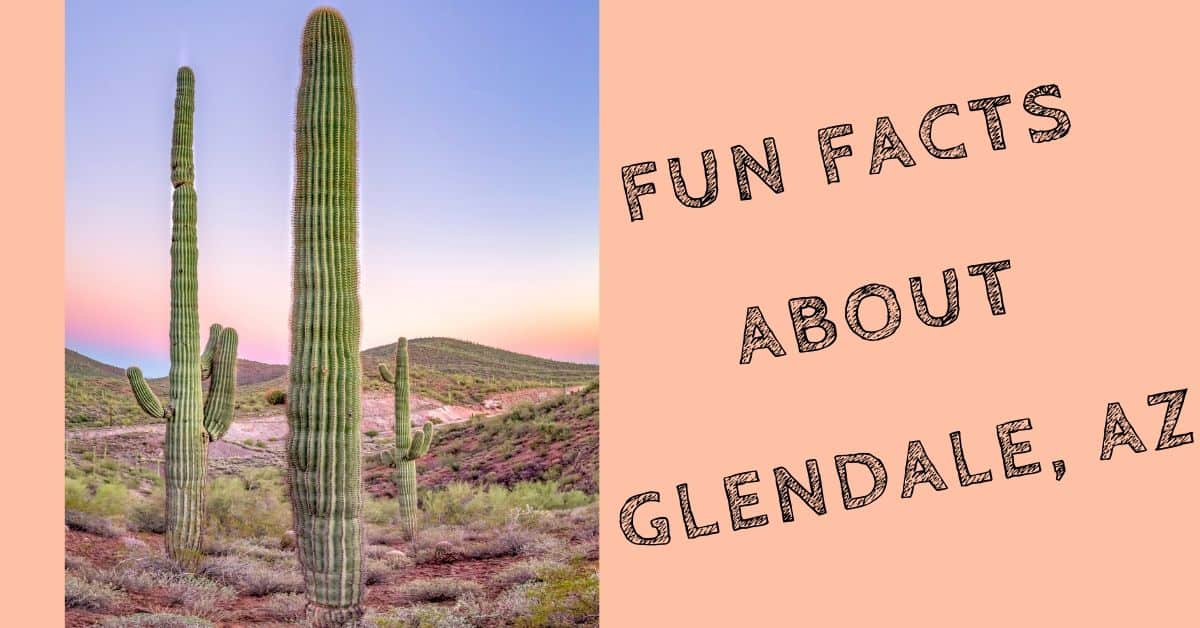 How well do you know Glendale, Arizona? Located a stone’s throw from Phoenix, Arizona, Glendale has made its own mark on the region since it was established in the late 1800s. From antiques to the Super Bowl, from ostriches to chocolates, Glendale has something for everyone.

In the 1890s, nightlife in Glendale was a far cry from what it is today. Even before Prohibition, back at its founding, Glendale was a haven for Brethren families involved in the temperance movement. The establishment of a temperance colony was the first population boom in the area after it was named Glendale and attracted sympathetic settlers to the city.

Today, of course, it is possible to enjoy a drink at any number of fantastic bars and restaurants in Glendale. Spots like Cuff serve up delicious New American cuisine alongside tantalizing cocktails.

Head in the Sand

Once upon a time, ostrich farming reigned supreme in Arizona. Glendale’s hot and dry climate was the ideal place to farm these gigantic birds and around the turn of the 20th century two out of every three ostrich farms in the US were located in Arizona’s borders. In the ostrich game, Glendale distinguished itself for producing some of the most lush and luxurious ostrich feathers to the fashion and millinery industry.

Treasure hounds will be excited to hear that Glendale holds the distinction of being Arizona’s Antique Capital. Locals and visitors have copious ways to hunt for historic and vintage gems and “junque” from dozens of independent antique and vintage stores to larger antique malls like the Brass Armadillo. Weekends bring a special treat with the Glendale Public Market, a weekly area swap meet where you can score some of the best deals in town.

For the Sport of It

Glendale may not have a major league team to call its own, but it has hosted two Super Bowls and draws area sports fans to the groundbreaking University of Phoenix Stadium. The stadium boasts two major innovations for a world class sports arena. First, it boasts a massive retractable roof that allows for optimal weather for events. Second, the entire field made of meticulously tended natural grass is mobile. Built on a structure like a giant 2-acre baking tray, the field is rolled outside during off-game time to grow naturally in the sun. When game day arrives, the field is slid back into the building so players and fans experience stunningly green natural grass turf.

Glendale is as good to its nature lovers as it is to its sports fans. Surrounding the grounds of the Glendale Library, the Glendale Xeriscape Botanical Gardens are a year-round outdoor demonstration garden of low water plants and techniques. The garden boasts over a thousand specimens and hundreds of species of desert adapted flora.

Lit for the Holidays

When the winter holiday season rolls around, Glendale turns into a truly magnificent festival of lights. Glendale Glitters is the Metropolitan Phoenix Area’s biggest free to the public holiday light display with over one million and a half lights. Covering a sixteen-block area of charming historic downtown Glendale, Glendale Glitters is fun for the whole family each year, beginning the week after Thanksgiving and lasting through mid-January.

What makes Glendale so amazing are the people who live here, including some household names. American Idol winner Jordin Sparks is originally from Glendale, and has an impact on the level of arts and entertainment the city fosters. The city’s American Idol connection doesn’t end there. David Hernandez who was a finalist on the show’s seventh season also hails from beautiful Glendale. Sparks and Hernandez follow in a line of great musical talent from Glendale including Country Western star Marty Robbins.

The Best in Sunscreens

Saving the best for last, Glendale is now home to CC Sunscreens. We offer attractive and durable custom sunscreens to optimize your home for year-round comfort. With CC Sunscreens, your home energy bills are significantly reduced and sunscreens protect your belongings from harmful UV rays. We love helping our Phoenix area neighbors improve their Arizona home or business with sunscreen protection. Want to learn more about what sunscreens can do for your home? Contact us today!