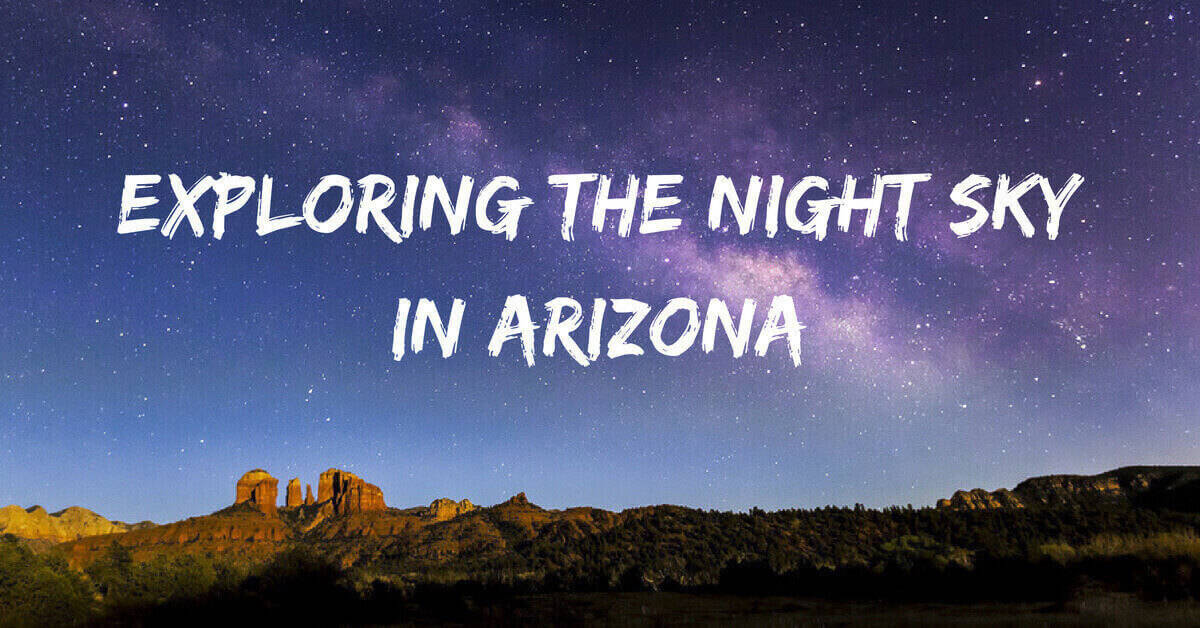 Here in Arizona, it sometimes feels like we’re closer to outer space than anywhere else. Throughout the state, light pollution from cities quickly drops away and the full expanse of the night sky unfolds. Star watchers come from all over the world to experience Arizona’s night skies and our state is home to some of the best astronomy observation sites in the world!

This summer is a great time to enjoy viewing the stars and planets. In addition to a series of lunar eclipses, the current night sky boasts clear views of Mars, Venus, Jupiter and Saturn! On nights with low moonlight, a host of constellations mark the sky. Star watchers can view the Big Dipper, Scorpius, Cassiopeia, and Sagittarius clearly in the sky from sunset until early morning.

This Summer holds a triple-run of lunar eclipses, although they won’t be visible in Arizona (we’ll have to hold out until January of 2019 for the next visible “blood moon”). In addition to this, Mars will be distinctly visible and bright as its orbit positions is it closer to Earth than it has been in over a decade. Mars glows with a reddish-orange tint and is easily spotted in the night sky.

Mid-August marks the Perseids meteor shower which will be clearest from the 12-13 of August. This year, the Perseids aligns with the New Moon making observation of the meteors exceptional.

For those interested in some serious star viewing a great place to start is by joining a local astronomy society. For Phoenix residents, the Phoenix Astronomical Society is a great place to start. The PAS maintains a website loaded with helpful star watching information as well as hosting meetups and events for amateur astronomers. The Society has been active since 1948, meaning they are celebrating seven decades of astronomy!

The local Saguaro Astronomy Club is another well-established star gazing option that has been going for 40 years. They host monthly star parties as well as providing sky and weather information for interested star watchers.

Arizona is home to dark skies and exceptional observatories. Outside Tucson on the Tohono O’odham Reservation, Kitt Peak is home to 27 observatories with state-of-the-art telescopes from the world’s lead astronomy institutions. While many of these telescope facilities are private, the SkyCenter at Mt. Lemmon hosts public programs for star watching and education.

For the novice, watching the stars can even start indoors- and during the day! Technology and digital apps like Stellarium, allow interested people to learn from home about the movement of planets and how to identify and anticipate the stars.  While a plethora of apps can help you spot the constellations and learn the science and lore of the night sky, Arizona residents may be interested in the site-specific Mt. Lemmon app that focuses on science learning around the Mt. Lemmon SkyCenter.

Many observatories and space exploration initiatives stream the view from their cameras and telescopes online, often producing rich and awe-inspiring imagery. For the best archive and library of space imagery, nothing beats cruising around on NASA’s huge trove of photographs and video from their space exploration. NASA also sponsors a host of astronomy apps for public use to track stars, planets, space missions and get an inside look at rocket science.

Although nothing replaces the feeling of gazing at the dark sky in person, online resources can be a great way to learn the basics of astronomy and daytime learning can encourage young astronomers with early bedtimes!

Of course, it’s not always nighttime in Arizona! When the sun’s out, you still need to stay comfortable and that’s where CC Sunscreens comes in. We offer affordable stylish sunscreens that resist the sun’s heat, and naturally curb your energy costs.

CC Sunscreens make your home feel comfortable regardless of the temperature outside and are a great solution to Arizona’s summer heat. CC Sunscreens come in a wide range of colors and styles and are custom built to fit any home. This season, don’t delay. Outfit your home with sunscreens from CC Sunscreens and enjoy the comfort and ease they bring to your home.