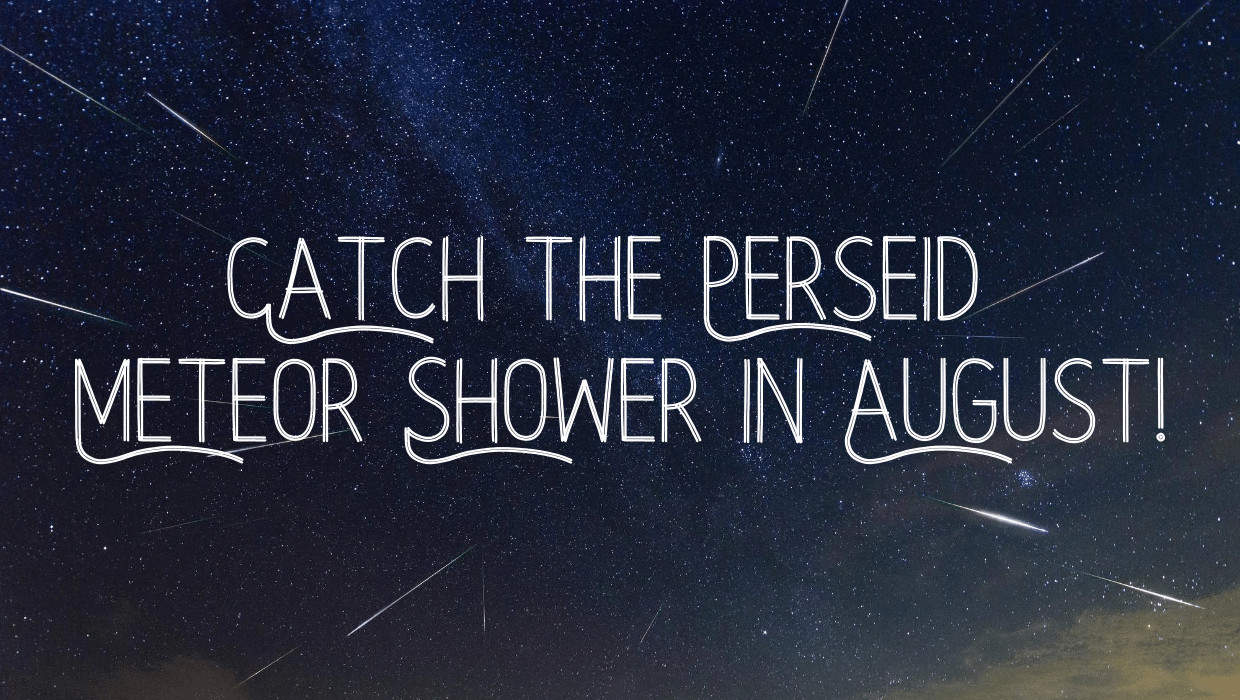 In a year full of uncertainty, it’s nice to be able to count on something. Every August, this year included, the astounding Perseid Meteor Shower takes over the night sky. The Perseids are the biggest meteor event of the year, visible in the sky from July through late August, with peak visibility in mid-August. This year, mark your calendars for August 11th-13th when the meteor activity will be at its peak.

Unlike other astronomical events, the best way to view the Perseids isn’t through a telescope. Meteors often move so fast, they thwart observation by magnifying lenses, so the meteor shower is best observed with the naked eye, away from light pollution.

While some of the Perseids burn so bright they can be observed even against city lights, the only way to get a true view of the activity of the Perseids is against a dark sky. For Phoenix area residents, that can be as simple as driving to one of the great natural areas just outside the city, such as South Mountain Park or the Phoenix Sonoran Preserve.

Traditionally the best time of night to sight the Perseids has been in the wee hours just before dawn. This year, however, the lunar phases make the ideal sighting time much earlier. During the peak mid-August dates you’ll want to catch the shooting star show before the moon rises, around midnight, with the ideal viewing happening from 10:30pm until moonrise. Once the moon is up, light from the moon will interfere with visibility.

Before the moon rises, the peak dates of the Perseids promise an extravagant astral show with upwards of 50 visible meteors an hour dashing across the sky. With the early peak time, this year is one of the more “family friendly” Perseids, making it easier for kids to stay up to catch some meteor viewing.

What Is the Perseid Meteor Shower?

The Perseids get their name from their perceived origin point, around the constellation of Perseus in the summer night sky. The constellation isn’t related to what causes the meteor showers in any way, but is helpful for star viewing, with most meteor activity occurring when looking towards the northeast.

The Perseid Meteor Shower happens annually, when the orbit of Earth around the sun passes through a belt of detritus left in the wake of a large comet, Swift-Tuttle. Comet Swift-Tuttle passes through our night sky roughly every 133 years and was last visible in 1995. Swift-Tuttle is around three times as massive as the recent NEOWISE comet that visited our night sky, and it leaves a significant trail of debris in space.

When this debris from a comet’s path meets our planet’s atmosphere it burns up, giving rise to the striking “shooting star” phenomenon of a meteor shower. With the significant trailings of Swift-Tuttle, the Perseids always promise an awe-inspiring show of meteor activity.

Make It A Night

The Perseids are a great excuse for an overnight star watching campout, even if it is only in your own backyard. Be sure to bring a comfy setup wherever you choose to starwatch – you’ll catch the most meteors lying down, looking directly overhead and towards the northeast. Like with fireworks, bring a blanket, pad or reclining chair for optimal observation.

The Perseids are known for meteoric fireballs that burn bright and slow across the night, but there will also be a wide variety of meteor behavior shooting across the sky. Setting aside viewing time on various days during the Perseids is sure to offer a different star watching experience each evening.

CC Sunscreens are as dependable in the summer as the Perseids. Our top-quality sunscreens passively work to moderate your home’s temperature, slicing expensive summer energy bills and adding comfort to your home.

If you’ve gone into this summer without sunscreens on your windows, it’s time to experience the difference sunscreen protection can offer. CC Sunscreens effectively block heat from entering your home and UV rays from damaging your possessions, and our sunscreens are custom built to perfectly blend with the look and style of your home.

When you are ready for a more comfortable Arizona summer, CC Sunscreens is just a phone call away.